As the centenary of the death of the Venerable Matt Talbot approaches (2025), maybe it’s time to recall one of Dublin’s acknowledged (though somewhat neglected) holy people. When too narrowly represented as someone who beat his addiction to alcohol and thereby became a beacon of hope to others, we can overlook the fact that his ‘unskilled worker’ status hid a most refined spiritual life. 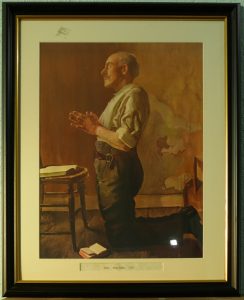 As I think about what we know of his ‘inner’ life it seems that Matt Talbot embodied many of the finer sentiments of psalm 62. They could almost have been written for him as they attempt to express the inexpressible longings of the heart; ‘O God you are my God, for you I long, for you my soul is thirsting; my body pines for you like a dry weary land without water’.

Recovering from his addiction to ‘drink’, he discovered that this desert thirst could only be satisfied from ‘the fountain of living water’ rising up inside him. All those hours spent in the company of Jesus the only way he could satisfy it; ‘so I gaze on you in the sanctuary to see your strength and your glory.’

He was graced with a deep appreciation of the Eucharist as that total outpouring of the heart of God for creation. This enabled him in turn to make a ‘eucharist’ of his own life, an offering of himself in one prayer of praise – whether at work in the timber yard (he worked from the age of 12 until his death at 69), in spiritual reading or direction, in donating to various charities, supporting workmates, or at home with his mother.

‘For your love is better than life’. About this he had no doubt. And nothing could distract him from responding to that love, not even the social and political upheavals of the time – the labour disputes (though he was firmly on the side of the poorly paid workers), the dispatch of soldiers to the Great War, the 1916 rising, the War of Independence and the Civil War which followed. He met them all with genuine empathy and an unshakeable trust in God, carrying all those who had died in his heart. He feared no one and would go through any discomfort or military checkpoint to make his rendezvous with the One who had given his life for us.

The writer of this psalm touches on the essence of the mystical life in the phrase; ‘my soul shall be filled as with a banquet’. Matt, you feel, would have understood this, especially in terms of receiving Holy Communion which seemed to sustain him, in every sense, for the hard day’s work ahead – and he was no slacker! He lived on very poor rations even by the standards of the time, (with a nice bit of fasting thrown in!), as though he had taken to heart the words of Jesus: ‘so do not worry what you are to eat or what you are to drink, your heavenly Father knows what you need’. 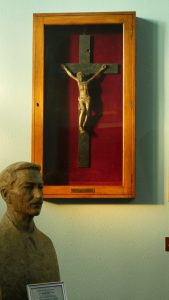 Where the psalm says: ‘on you I muse through the night for you have been my help’, we can easily think of Matt rising from his hard bed long before dawn to pray and converse with the Blessed Mother and her Son until it was time to leave the house for Mass some hours later. ‘In your name I will life up my hands’ might well describe a gesture that Matt often made in those moments as he stretched out his arms in welcome, unaware of his own mother who on occasion observed him.

Like someone in love, there was always a spring in his step. He had found the object of his desire – ‘my soul clings to you, your right hand holds me fast’. And like a child had realised that he must ‘cling’ to the Father in whose strong hand lay his.

That he would ‘rejoice’ all his life in this comforting ‘shadow’ is clearly what he did for he had found the pearl of great price beside which everything else seems worthless. To those who were interested, he would talk about the many saints who inspired him like Catherine of Siena, Teresa of Avila or the Little Flower of Lisieux.  He read their lives and their writings like an athlete who wants to see how the great ones had ‘practised’ in the past and draw inspiration from them. For like them he had fallen in love with God.

At a time when our hearts and souls are thirsting for the God of reality and for real nourishment, we might turn again to Matt Talbot, ‘one of our own’, who would probably say to us, ‘well if I can do it, you can do it too’. The ‘doing’ of course is in letting go of the many substitutes that don’t satisfy but which prevent us from acquiring a taste for ‘the pure drop’.

For a man who had truly ‘emptied himself’ as a disciple of the Lord for more than forty years since the day he took the ‘pledge’ to abstain from alcohol, there is something fitting in that he died on his way to Sunday Mass and was buried on the Feast of Corpus Christi. A servant of God who blessed the streets of his home place by simply walking them, his holiness dressed in second hand clothes.

Fr. Hugh O’Donnell SDB is a curate in the parish of Our Lady of Lourdes, Sean McDermott Street, where since 1972 the remains of the Servant of God now repose. 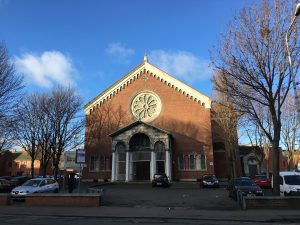 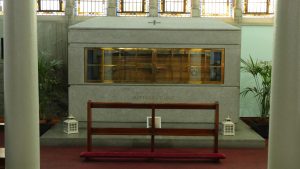 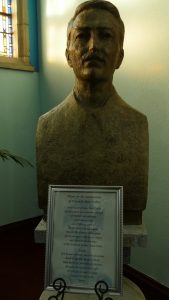 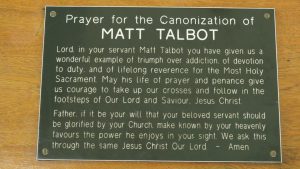 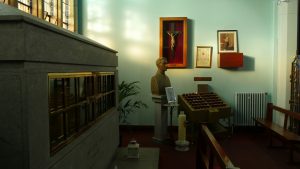 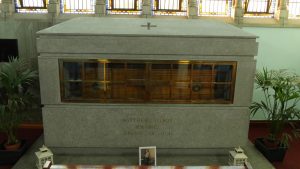 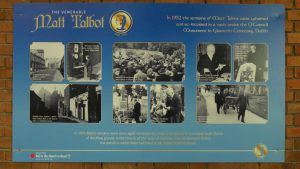 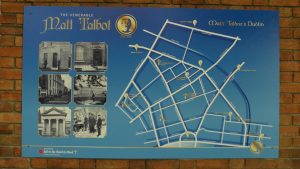