Don Bosco Fambul is a local non-governmental Organization registered in 1998 to look into the affairs of child soldiers during the National Commission for Disarmament Demobilization and Reintegration programme (NCDDR). Its later restructured it mandates to look at the affair of street children in Sierra Leone and has created other projects all geared towards changing the lives of young people. 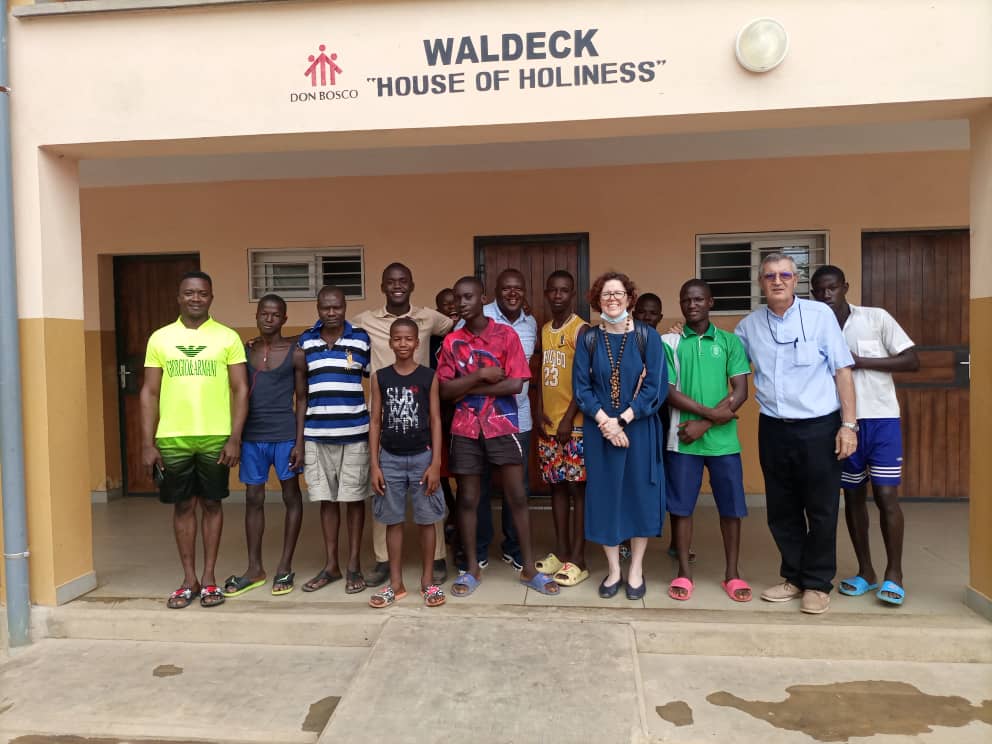 The Diplomat had a brief discussion with the Director of Don Bosco Fambul, Father Jorge Mario Crisafulli where series of issues including the different projects and services rendered to vulnerable and disadvantaged children were discussed. She was later taken on a conducted tour to all the shelters to see the facilities that the children are exposed to.  During the tour, Father Jorge Crisafulli meticulously explained to Madam Lesley the different categories of beneficiaries housed in the various shelters and their level and type of vulnerabilities.

After the conducted tour, the Director further explained into details the mandates of each department or project in the organization and what they have been doing over the years to ameliorate the suffering of street children and other vulnerable young people especially girls in situations of prostitution in Sierra Leone. The Project that was the thrust of the discussion was Don Bosco Mobil which is also known as Don Bosco on wheels. The Mobil project has a bus vehicle which social workers are using to visiting slum communities and crime prone areas where vulnerable children  and young people especially girls doing prostitution can be located.

Don Bosco Mobil has been the conduit between the public and the organization and its importance cannot be overemphasized as it has help identifying vulnerable children and young people in the street whose lives have been transformed over the years and most are now useful citizens who are contributing to the socioeconomic development of Sierra Leone.

In January 2021, the Hope Plus Project, a non-residential project which is mainly into the affairs of young adult girls in situations of prostitution and extremely vulnerable school going girls, graduated 240 girls trained in different skills including tailoring, hair dressing and catering across various vocational training   centres in Freetown. All those graduates were identified in the street by the Mobil project. The Hope Plus project has over the years transformed the lies of close to a thousand young people through skills and formal education.  The Mobil project over the last one year has experienced challenges in relation to funding and as a result has cut down on its activities in visiting communities to identifying vulnerable young people in the streets. Don Bosco Fambul being the biggest child protection  agency in Sierra Leone and with the largest and most comfortable and conducive retention facilities, it is experiencing serious challenges  in locating vulnerable street children and their numbers are on the increase because the Mobil project is challenged with funding and logistics to do their outreach sessions to source the kids.

Madam Lesley Ni Bhrian in her statement averred that she was impressed and overwhelmed on what she saw at the on Bosco New Land irrespective of the challenges and she described the facilities as a classical infrastructure   of child protection. She continued that she has visited many Child Protection Organizations in Sierra Leone, but Don Bosco Fambul Bosco is very classical and its environment depict an epitome of child protection. She said she was full of admiration of what she saw and she praised the Director, management and staff a wonderful job done. She urged Don Bosco to be sharing their experiences with other child protection agencies to cushion then suffering of children in Sierra Leone.

The objective of all the listed projects is to protect the children and young people of Sierra Leone and advance their livelihoods through skills training, formal education, psychosocial counselling, psychotherapy sessions and family reunification. 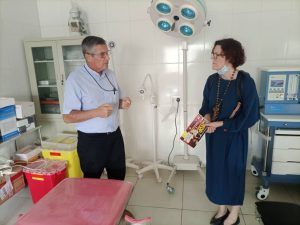 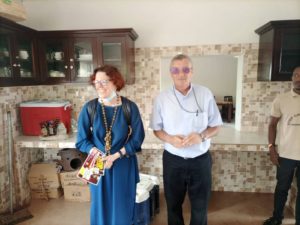 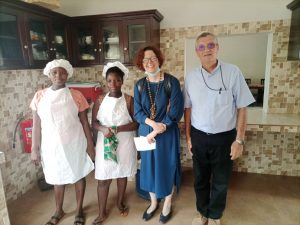 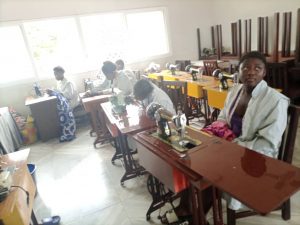 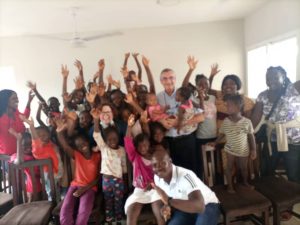 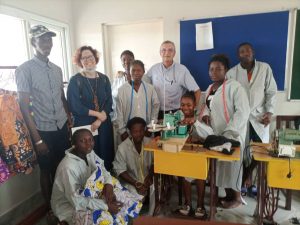 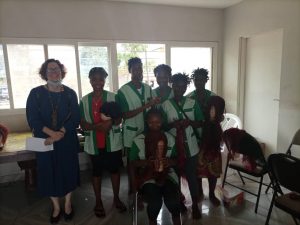 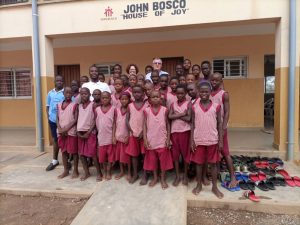