Salesian Missionaries at the forefront in Ethiopia

Ethiopia, with a population of 110 million people, is located within the tropics in the Horn of Africa. It is a country facing immense challenges.

Salesian missionaries first went to Ethiopia in 1975. Their first centre was at Makelle, the capital of Tigray, and they now have fourteen different centres throughout the country. The focus of the work is education, health care, social services, parishes, and proclamation of the Word of God.

Scroll down to donate to “Salesian Mission in Ethiopia". Thank you for your generosity.

The Salesian Sisters opened their first presence in the country in 1986 at Dilla. They are now located in five centres, working for the poorest, providing education, health and pastoral care, food, water, and medicines with their available resources.

Both the Salesians and Salesian Sisters give special attention and resources to street children, victims of human trafficking and prisoners.

In early 2020, while Ethiopia was grappling with health, food, and social emergencies, with outbreaks of cholera, measles, and malaria, the country experienced its first case of Covid 19.

Schools and universities were closed in 2020 for three months. This created a problem for the “Bosco Children” attending the Salesian technical school in Addis Abba. The students had no place to go except back to the streets. A Salesian on the staff said “We could not send the children back to the streets of Addis Ababa they had come from.  They had not yet finished the rehabilitation process to be reintegrated into their families. We would have lost them.” The students remained at the school throughout this time and followed strict Covid guidelines.

“Bosco Children” received a request for help from the police. Thousands of street children had been collected by the Federal Police and put into large Assistance Centres. The Salesian school was able to provide masks, teach Covid 19 safety guidelines, and provide necessary goods for the children.

Ethiopia was also the epicentre of the largest locust outbreak in decades. At least one million Ethiopians suffered crop losses due to the locusts. It was estimated that in 2020 11 million Ethiopians experienced the crisis of food insecurity.

Climate change has increased the frequency of extreme weather patterns. In 2020, one million people were affected by flooding and 300,000 were displaced.

Throughout 2020, there were major political tensions in Northern Ethiopia between government forces and the militias of the Tigray People’s Liberation Front (TPLF). National elections were postponed but the Tigray regional government went ahead with the elections. The government declared those elections illegal. A major Ethiopian army base was attacked, and on 4 November 2020, the Prime Minister ordered military action against the TPLF.

Tigray quickly found itself overwhelmed and in crisis. Communication networks were blocked, banking services halted, roads closed and quickly, there were shortages of food and water. Tigray has a population of 6 million people and in a few weeks, 4.5 million needed assistance. By May 2021, over 60,000 had fled to Sudan.

It was late spring of 2021 before front-line media and aid agencies were able to enter the region and report on the tragedy.

In Tigray the Salesians have four presences: Makelle, Adigrat, Adwa and Shire and the Salesian sisters have one at Adwa. In this occupied region, 25 Salesian missionaries directly serve more than 5,000 minors and young people in educational centres of all levels, technical institutes, youth centres and parishes. There are thousands of families whom they help and support indirectly. There have been long periods when communication with the Salesian missionaries in the Tigray province has not been possible.

A Salesian missionary has written the following “We are grateful to God for all the graces, blessings, courage and strength that he is bestowing upon us in this challenging and difficult time. Since the war broke out in November 2020 many people have lost their lives, some have lost all their property, many more are homeless. Thousands of people have been fleeing and escaping the bombing and shooting. They have become refugees or internally displaced people within their own country. Rich and poor are at our gate every day, begging for food to survive. Evidence of mass killings and ethnic cleansing has begun to grow.”

Adwa in Tigray seems to be at the centre of the response by religious congregations. People have fled from surrounding regions and come to this city. Food is provided every day by the Salesian Sisters to almost three thousand people who have lost everything. As one Sister said, “I think what I admire so much about the people of Africa is that despite hardships, they fight on with a tenacity to survive, to start again and improve things.”

Through their care for very poor, vulnerable, traumatised, and desperate people, of all ages, our Salesian missionaries are showing them that they care.

You and I can pray for the Ethiopian people and the missionaries every day. They also need our financial support to buy the necessary supplies. Should you be able to support this cause, your generosity will be greatly appreciated. Thank you. 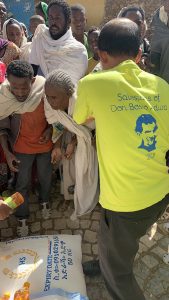 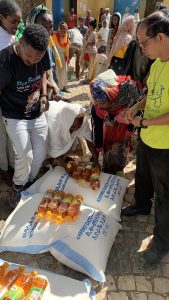 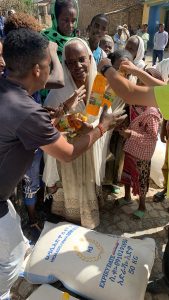 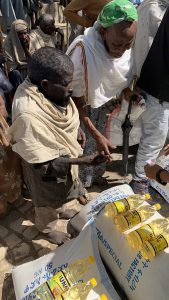 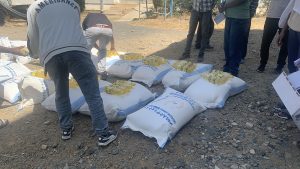 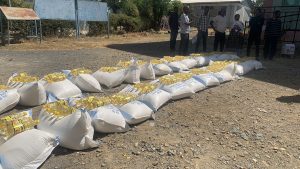 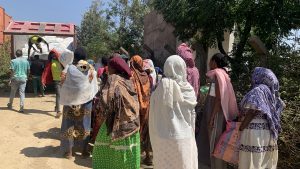 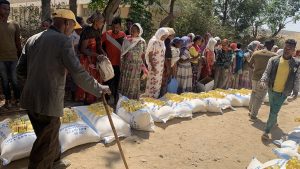 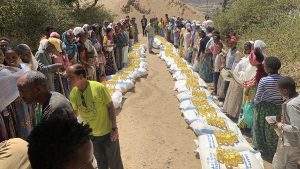 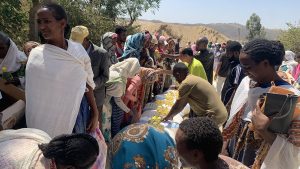 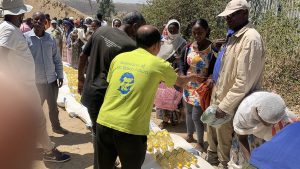 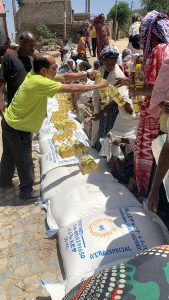 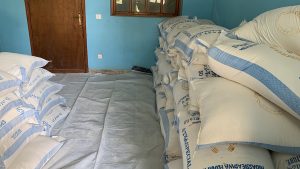 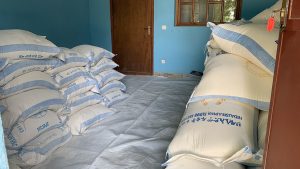 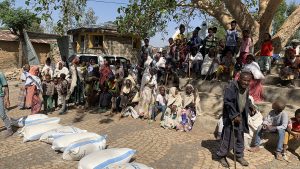 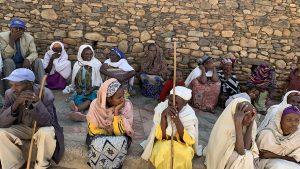 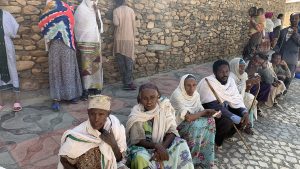 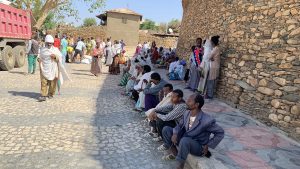 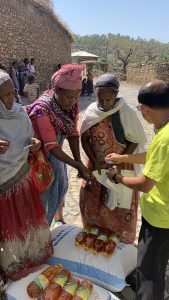 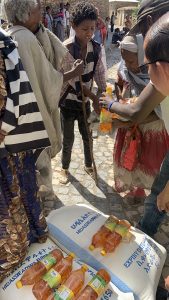 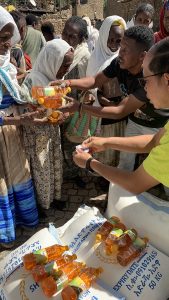 Donate to “Salesian Mission in Ethiopia”

We are so grateful for the generous support we receive. If you would like to make a donation, please fill out the form below:

Appeal for Salesian Mission in Ethiopia