Nairobi city is the capital of Kenya and is situated in the south-central part of the country, in the highlands at an elevation of about 5,500 feet (1,680 metres) above sea level.

The city originated in the late 1890s as a colonial railway settlement, taking its name from a water hole known to the Maasai people as Enkare Nairobi (‘Cold Water’). When the railhead arrived there in 1899, the British colonial capital of Ukamba province was transferred from Machakos (now Masaku) to the site and, in 1905, Nairobi became the capital of the British East Africa Protectorate. As a governmental centre, Nairobi subsequently attracted a stream of migrants from rural Kenya, making it one of the largest cities in tropical Africa. When Kenya gained independence in 1963, Nairobi remained the capital and is now the principal industrial centre of the country.

Real life stories in the form of documentaries bring individuals and communities together, highlighting commonalities and bridging cultural or ethnic divides.

Although Kenya’s economy is the largest and most developed in eastern and central Africa, some 16.1% of its population lives below the international poverty line. This severe poverty is mainly caused by economic inequality, government corruption and health problems. In turn, poverty also worsens these factors. Kenyan young people who have been forced from their homes are impacted by the environments they find themselves in. Risk factors associated with the school environment include physical/sexual abuse and low expectations. However, focusing on prevention rather than mitigation saves many young people from falling into the lives of poverty and suffering. One such preventative solution is to focus on education through media training. This is what Salesians of Don Bosco through the Don Bosco Youth Educational Services are doing for the young people of the poorer areas of Nairobi, – Karinde, Dagoretti Market, and Mutuini.

The Don Bosco Youth Educational Services, where Bosco Eastern Africa Multimedia Services (BEAMS) are located, is a youth friendly centre. It trains the young and helps them to become upright citizens able to stand by themselves in facing the workplace. With this in mind, Don Bosco Youth Educational Services, through BEAMS, was founded in order to give a solid basis to underprivileged young men and women to help themselves and their families today and into the future. We have been able to produce some videos in the form of documentaries about young people and the challenges which they face.

Bosco Eastern Africa Multimedia Services (BEAMS) training on media use stands out as a confidence builder, consistently building self-esteem and improved psychological functioning of the youths.

For all the participants of education and training courses which we carry out, the key aspect running through all of them is that the trainees come from poor backgrounds, and some cannot even afford to cater for their training expenses. Others have had traumatized childhoods and this has affected their ability to interrelate with other members of the community. The aim of BEAMS is to have a positive impact on the lives of these youths through allowing them to tell their own stories and helping them come out of their current situation.

Real life stories in the form of documentaries bring individuals and communities together, highlighting commonalities and bridging cultural or ethnic divides. Documentaries provide a forum to learn skills such as discipline, confidence, and leadership, and they teach core principles such as tolerance, cooperation, and respect. The youth learn the value of effort and how to manage victory as well as defeat. This is the Don Bosco’s way of educating and we have been consistently putting it into practice.

We have been striving to empower youth to enhance their capabilities in use of media: computer applications, use of equipment for documentary production and improving social, cultural, moral, and ethical competencies through film. The training of these young people comes at a cost. Trainers need to be remunerated and there are other running costs too. Our training targets youth mostly from Nairobi, especially from the disadvantaged areas of Dagoretti Market, Karinde and Mutuini, all in our locality. This training takes youth away from being the risk of involving themselves in harmful behaviours like drug abuse which is rampant in the above-mentioned areas. The young people receive training in theoretical and practical aspects of the following disciplines:

All this helps to foster leadership skills for social development, as well as improving self-esteem and encouraging personal development. In return, this brings about a change in attitude towards young people, as communities appreciate the potential of young people and help instil the value of service in the youth through creativity.

Bosco Eastern Africa Multimedia Services is dedicated to uplifting young people who are not able to afford training in expensive training institutions and providing them with high quality media training that equips them for the future.

We are so grateful for the generous support we receive. If you would like to make a donation, please fill out the form below. 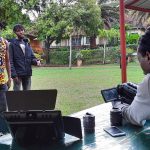 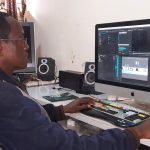 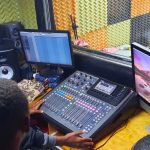 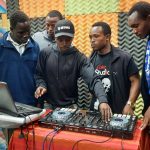 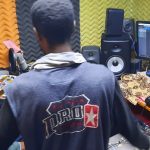 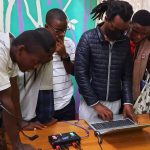 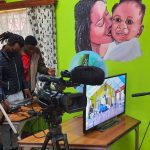 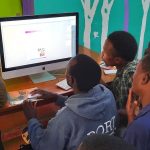 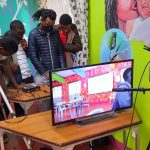 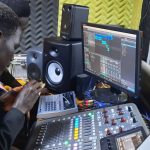 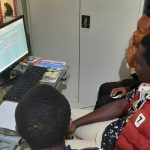 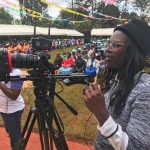 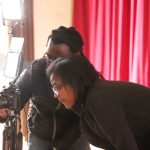 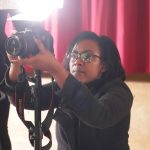 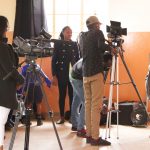 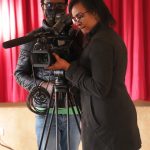